Himachal Pradesh is best known as the honeymooners paradise, the land of scenic hill stations, is an interesting honeymoon destination seeking for a peaceful place with abundant scenic beauty. Its combination of multiple romantic destinations with unparalleled beauty which attracts couples all round the year, making it a popular spot. What better place than Himachal to rekindle the romance and fuel the sparks between you and your partner amidst the majestic snow-capped mountains. With the beautiful hills of Shimla, rich flora and fauna of Manali, Pine and Deodar forest of Kullu and the gardens of Chandigarh altogether make Himachal perfect for honeymooners. 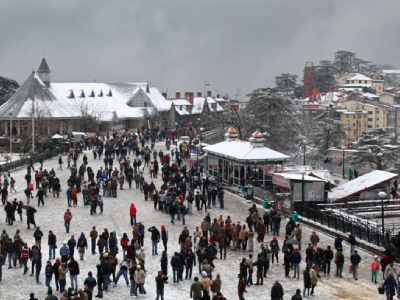 After reaching Delhi Airport, our DIH tour representative will pick you up and straight drive to Shimla. About Shimla: Shimla Known as the Queen of Hill Stations, Shimla became the summer capital of the British Raj during the latter half of the 19th century when the soldiers of the British army, merchants and civil servants moved up here to get relief from the scorching heat of the plains. One of the most popular tourist destinations of India, Shimla is also the state capital of Himachal Pradesh. This hill station derives its name from "Goddess Shyamala", an avatar of Goddess Kali. Enjoy an overnight stay at the hotel in Shimla. 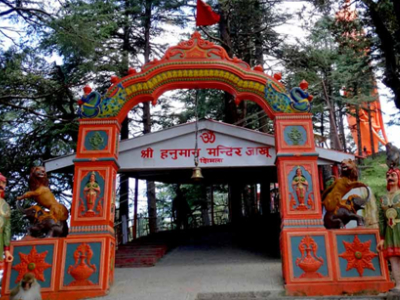 Embrace majestic mountain views within this tranquil city! Begin your city tour with a visit to the famous 19th century Christ Church, which is believed to be the second oldest church in India. The Mall Area offers particularly scenic views of the surrounding pine and deodar forest landscape as you amble around soaking in daily life. You can also indulge in the luxurious woollen garments, local handicrafts and handmade products on offer at various boutique shops. Enjoy a delicious meal at one of several restaurants before embarking on a trek to Jakhu Hills to witness stunning views of the snowcapped Himalayas. Step into the Gaiety Theater afterwards. Don’t miss Summer Hill, a small town on the outskirts of Shimla and one of the great Indian Independence leader Mahatma Gandhi’s favorite residential retreats. Later on will drop you back to the hotel. Enjoy an overnight stay at the hotel in Shimla.

After having breakfast proceed for Manali. Manali is an important hill station of northern India and is the destination of thousands of tourists every year. Its cool atmosphere provides a perfect haven for the ones afflicted by the hot Indian summers. Besides offering quite a few places for sightseeing, Manali is also famous for adventure sports like skiing, hiking, mountaineering, paragliding, rafting, trekking, kayaking, and mountain biking. En- route visit Hanogi Mata Temple. Enjoy an overnight stay at the hotel in Manali. 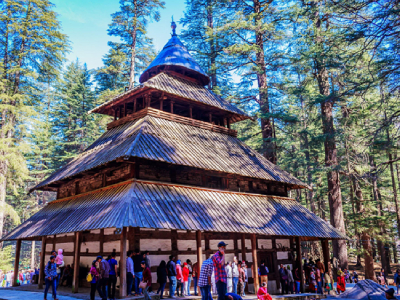 Today full day excursion visiting Rohtang Pass (Upto Snow Line in case Rohtang is closed due to snow fall). Later in evening Walk through town visiting newly constructed Buddhist Monastery. Hadimba Devi temple-It is small temple situated in the dense forest is very interesting . Hadimba is said to be the wife of Bhima from the epic of Mahabharata. Enjoy an overnight stay at the hotel in Manali. 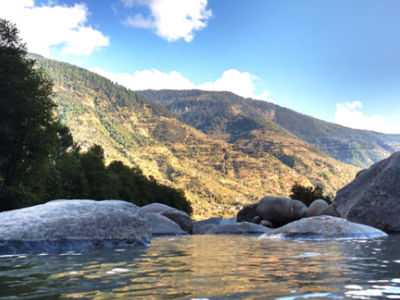 Morning proceed for a sightseeing tour of Manali & Kullu rest of the day at leisure or enjoy walk to near by picturesque village of Vashisht known for hot sulphur springs night stay in Manali.

Kullu: Kullu is the capital town of the Kullu District, in the Indian state of Himachal Pradesh. It is located on the banks of the Beas River in the Kullu Valley about ten kilometres north of the airport at Bhuntar.

Kullu is a broad open valley formed by the Beas river between Manali and Largi. This valley is famous for its beauty and its majestic hills covered with Pine and Deodar Forest and sprawling Apple Orchards. The course of the Beas river presents a succession of magnificent, clad with forests of Deodar, towering above trees of Pine on the lower rocky ridges. Kullu valley is sandwiched between the Pir Panjal, Lower Himalayan and Great Himalayan range. Enjoy an overnight stay at the hotel in Manali. 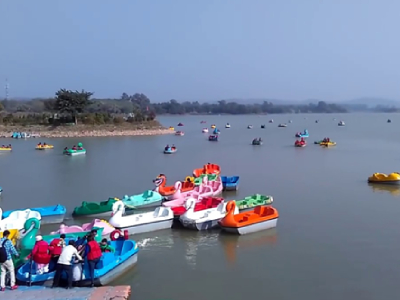 After breakfast, proceed for Chandigarh. On arrival & Check in to the hotel. Later, freshen up and visit Rock Garden - the lifetime dream of Mr. Nek Chand, Rose Garden And Sukhna Lake in the evening. Enjoy an overnight stay at the hotel in Chandigarh.

This is the last day of the tour. Check-out from the hotel on time and proceed towards to Delhi. On the arrival, Transfer to the delhi airport for your flight back home or towards next destination. The tour ends with the sweet memories with Delightful India Holiday.